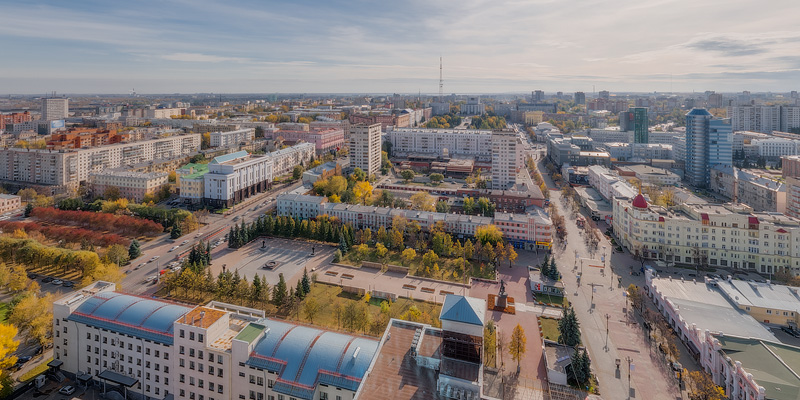 View to Chelyabinsk from the building ''Chelyabinsk-CITY''

Chelyabinsk-CITY - a 23-storey building in the centre of Chelyabinsk, located in the middle of Kirovka (the pedestrian parts street of Kirov). From the observation deck, which is located at an altitude of about 90 meters, offer city views.

I was very lucky with the light - there was a clear autumn weather. And while at the bottom of the street was the heat up here felt substantial gusts of wind, though not such a cold. While my colleagues were shooting from the opposite side of the building, I seized the moment and shoot this panorama, so that no one was in the frame.

View to Chelyabinsk from the building ''Chelyabinsk-CITY''